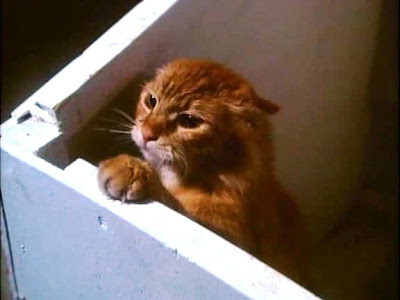 A face only an epidemiologist could love.


The cat is host to a ferocious parasite that can exit its mouth and attack anything that threatens its with bites and scratches from its puppet arms.  Plus, it can spread a deadly contagion that kills within minutes.  Also, it’s particularly fond of chubby truck drivers. 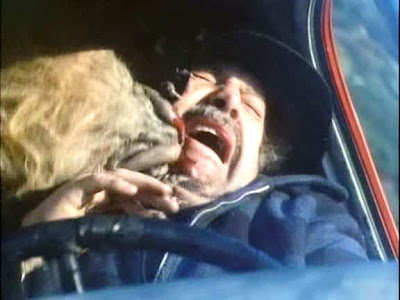 
Meanwhile, a crooked businessman Walter Graham (Cord) and his henchmen Mike (Kennedy) and Albert (Gulager) plan a quick getaway on a yacht to the Cayman Islands to secure some ill-gotten millions out of a bank and then go on the lam.


Walter conceives a well-thought out plan to invite random sunning bimbos Bobbie (Carey) and Suzanne (Shattuck) along so as to “not attract attention”. 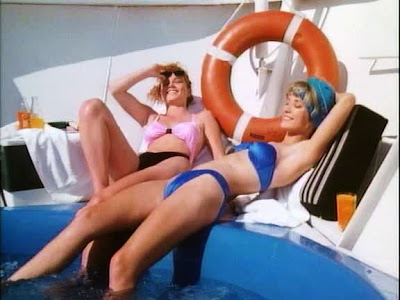 Not even a half-sandwich between the two.


To further not attract attention, Walter allows the gals to bring along arbitrarily selected Spring Breakers Corey (Estes), Martin (Larson) and some other guy whose name I didn’t catch. 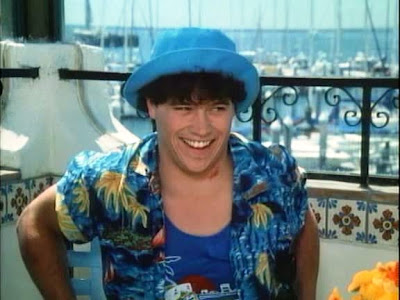 This guy is uninvited even to places he's been invited. Check out the disgusting hickey.


And the plan comes full circle in its perfection when Suzanne finds the mutated kitty at the marina and brings it onboard as well.  This ticks off the yacht’s captain Rachel (Hudson) who’s got some past heat with Walter and his dirty dealings.  Predictably, Mike hates the kids, Albert glugs wine and pines for Tammy Faye while Walter puts the move on the cuties. 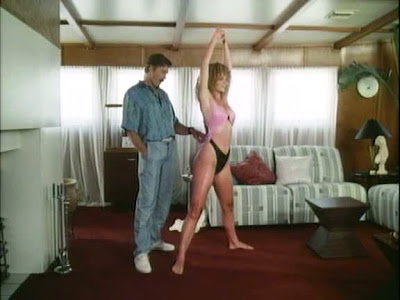 “Yup, Jan-Michael Vincent and I are this close.”

So the cat starts offing everyone onboard, spreading the horrid painful disease through its bites, and serving watered-down martinis.  Bad kitty! 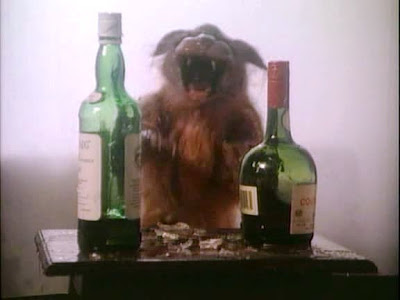 It can’t even do the Isaac.


Everyone goes batshit with fear when communications are lost and all the food is contaminated with dirty kitty juice. Plus Walter and Mike reveal their criminal motives and hold the kids at gunpoint while plotting their next move which may or may not end up with them becoming Tender Vittles.  As the body count rises, Mike pants like Lou Costello after a 10K run, loses his mind, and starts shooting erratically which incurs the wrath of the killer cat who takes a bite out of his ankles. 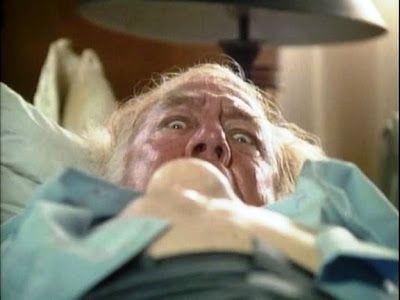 “Gah! Something’s finally bulging down there!”


Will nothing stop the mutated menace?  Will the gang survive this feline onslaught?  Will this be the worst Spring Break since Pork Taco Night in Mazatlan? 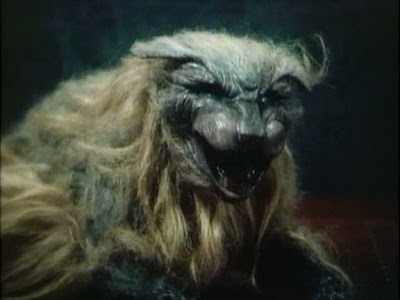 
Greydon Clark’s Uninvited may be so unique amongst low-budget thrillers that it can be considered Avant-garde.  It is unlike anything I have ever seen in terms of its story structure, style, and execution which suggest an audacious, self-conscious ineptitude approaching contempt for its audience. The film feels like a grand experiment in the custom of non-traditional cinema, pushing boundaries and breaking rules of narrative expectation, creating a twisted labyrinth of sequential logic that forces the viewer to question the real and ethereal.  To wit, the movie daringly casts away character motivation. Characters indiscriminately just meet each other and decide to interact.  Backstory?  Bah!  Leave that for the flyover states! The source of horror, the explanation and exposition that horror fans hunger, expect, and demand, is similarly and may I suggest bravely ignored.  The cat, representing a centrifuge of existential panic, simply “is” mutated.  Take that, horror spoon feeders!  The cultural critique in Uninvited sizzles like a subterranean electrical current. Walter, the corrupt figure of oppressive power, is subdued by the collective rebellion of the females who have exposed his greed, taken his ship’s “helm” and forsaken their revealing bikinis for slightly less revealing bikinis.  Say it loud, sisters!  The movie is executed in a firmly tongue-in-cheek, at times out of focus style to conceal its undermining motives to surgically dissect convention to reveal the socio-cultural fallacies that mainstream horror denies.

Well, that or it could just be a really stinky movie about a fucking killer cat.
at 3:30 AM

Other filmmaking people should do this type of cheesy horror flick; like they should make Sequels about... "UNINVITED 2" all through "UNINVITED 6," and they also should come up with different eerie concepts about making hundreds of new Animal Poisoning Horror Body movies.