Three boys camping in the woods are settling in for the night but are soon disturbed by a wandering bearded stranger (Hansen) who asks the boys for a few minutes by the fire.  In exchange he offers to regale them with four spooky tales of the macabre that may or may not have to do with chili made of human. 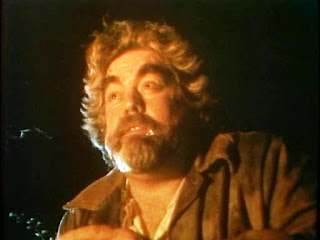 In “The Hook”, the classic urban legend of the hook-handed killer on the loose stalking couples on Lovers’ Lane is retold with a twist which involves an exceedingly asshole-ish boyfriend, his tomboy girlfriend who is reluctant to put out, and her family's poorly lit driveway. 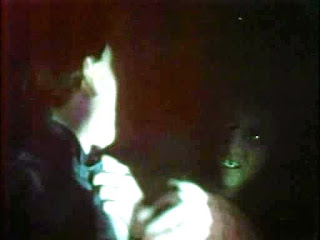 
In “Overtoke” a couple of fun-seeking hoser potheads seek the ultimate high.  But with funds dwindling and the gas tank running dry, they don't have much luck.  Fortunately, they happen across a peculiar dope dealer selling cheap weed at bottom basement prices.  Unfortunately, the weed has some unlucky side effects other than rampant Ding-Dong gorging. 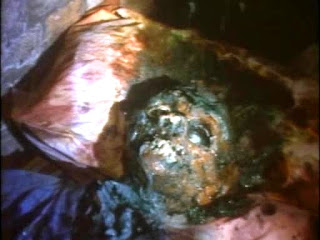 
In “The Fright Before Xmas” a failed spa owner deeply in debt returns home for the holidays only to complain about his waning Yuppie lifestyle, spit cookies, and cruelly off his elderly Mom.  Later, his nephew and niece, unaware of the grammatricide, inform their killer Unc that there is both a Good Santa and a Bad Santa which I hope to dear God doesn’t mean I’ll have to see Billy Bob Thornton’s ass again.  Nonetheless, a visit from a grumpy St. Nick to spread bad will on earth is forewarned on the kids’ X-mas present: 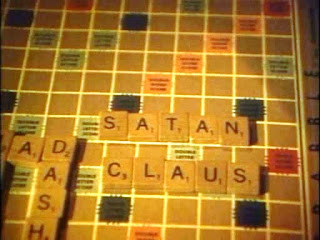 This move would never fly on Words with Friends.

In the morning, the family is treated with the gift that keeps on giving: permanent holiday-related psychological scarring. 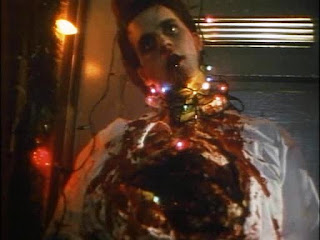 
In the last tale, “Skull & Crossbones”, Captain Plantain (Campbell) washes up on a deserted island after ditching his ship during a storm.  Along with his cabin boy (Cooke) who he abuses mercilessly, he searches for his treasure while eerie things follow him in the woods and a mysterious inhabitant of the island (Odom) calls to him by name and knows his deep dark secret.  This spooky saga is a tale of intrigue, betrayal, deceit, and murder on the high seas.  But best of all it’s got PIRATE ZOMBIES!


I like a good horror anthology film because regardless of its budget or quality, there’s almost always at least one good story to be found, from the creepy ventriloquist tale in Dead of Night to the Zuni fetish doll story in Trilogy of Terror to the Tazmanian Devil segment in Creepshow amongst many others.  The low budget Campfire Tales is no exception.  The first two stories don’t serve have much of a point at all and merely warm up the proceedings and offer a chuckle and a slimy gross-out or two.  "The Fright Before Xmas" picks up the action better with a creepy Claus and a very deserved kill.  But the standout of the movie is the final story, “Skull & Crossbones” which I think is so good it should *perish the thought* be remade.  Take the silly over-produced ridiculousness of the Pirates of the Caribbean to the trash can and make a gritty horror tale with pirates, voodoo-zombies, black magic, and an existential mystery.  Far more ambitious that the first three segments, “Skull & Crossbones” features simple but effectual zombie effects, good acting, decent dialogue, and a nice twisted ending.  Cheap but vastly entertaining, Campfire Tales is a solid bad movie night candidate with a gem mixed in with largely forgettable crap. 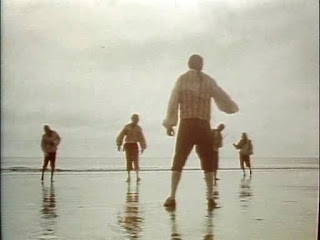 We’ll always have PIRATE ZOMBIES
at 5:00 AM