Pumpkin-crazy Grandpa (Pyke) is very close to his grandson Tommy (Gerard), perhaps a little too close.  In fact, Grandpa damn near covets little Tommy with slobber as he has grand plan for the future in which the boy will play a very powerful, pivotal role. 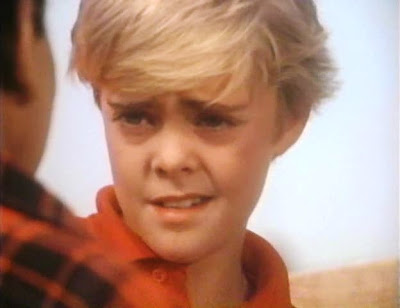 My guess as the bad guy in every teen sex comedy.


But Mom (Garner) doesn’t want Tommy or his brother Roger (Brown) and sister Vera (Baron) to have anything to do with weird old Grandpa, especially since the old coot murdered their father on Halloween night.  And it turns out the elderly rascal is actually the leader of the local Satanist group and they want Tommy to be the next leader when he comes of age. 
Years pass in the family's crummy town and while Roger grows up to be a Sheriff’s Deputy and Vera blossoms into a beautiful young lady, Tommy (Cummins, aka Mac’s Dad on It’s Always Sunny in Philadelphia) alienates himself from the family and becomes a dark, brooding presence in the household. 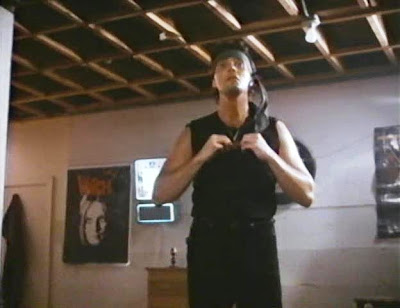 That or he was rejected at the Warriors audition.


Mom worries day and night about Tommy, that is, when she’s not obsessing over her dead husband who she speaks to in pumpkin form. 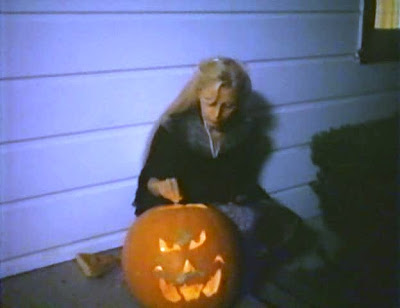 The pumpkin is the most well-rounded character in the picture.  (HY-UCK!)


And Mom has plenty reason to worry about sullen Tommy who works out constantly, hangs out with tattooed Annie Lennox clones, and has music video nightmares with lame 80s hair bands.  Said Night Flight-influenced visions feature:

Evil women with burning eyes that shoot out shrunken heads, castrating concubines, and … this guy.


Under his Grandpa’s control, Tommy matured aware of his destiny which will be fulfilled this particular Halloween night.  But while everyone else is preparing for a night of ghoulish fun, a mysterious figure in a devil costume is stalking the town. 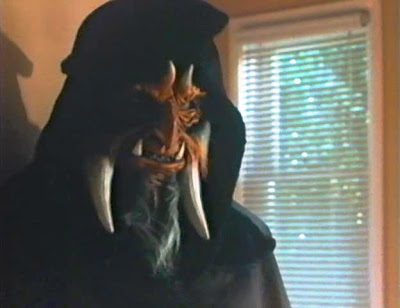 “Well, it was either this, Medusa, Leatherface, or Glenn Beck.”


And the figure starts offing local post-coital teens that are linked to either Tommy or his family. 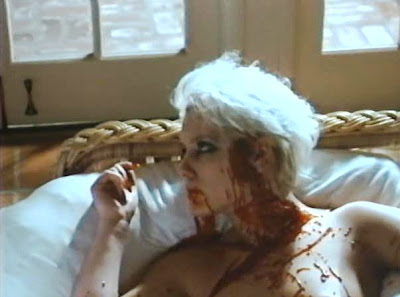 “Sweet Dreams are NOT made of this!” “Well, it was either this or gonorrhea.”


But suddenly our attention shifts from horrific mayhem to Vera’s attempts to lose her virginity during lunchtime, Grandpa’s obsession with affordable Black Mass candles, and Roger’s attempts to bed Vera’s friends on top of fresh graves.  (No, really.)  Fortunately, our story shifts back to horrific high-gear when the town Halloween party begins and this guy… 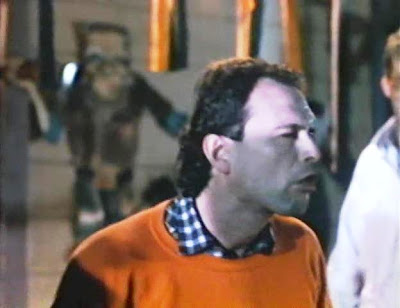 ... performs the worst stand-up routine in the history of movies.  I mean, you would’ve thought that a bizarre music video and a context-less stand-up routine both showing up in a movie would be awesome in a random kind of way, but they aren’t. Witness this aching sequence here, if you dare. Anyway, while Grandpa and Tommy prepare for the ceremony that will make him the Devil’s Son and the body count shoots to the harvest moon, Roger is hot on their Satanic tracks and when all is said and done, the identity of the Devil Killer will shock you in a twisted conclusion soaked in blooooood!!!

Eh, whatever.  It was the Mom.


Hack O’Lantern, aka Halloween Night, made on the uber-cheap, cast with porn stars, featuring zero scares, and lacking any coherence, consistency, or sense is actually the perfect movie for Halloween Night.  That is, if you spend Halloween night ripping your wrists open with a pen knife while weeping on the can.  At times the movie feels like it was made by Christians telling a cautionary tale about the pitfalls of Satanism and bloody sacrifice, but there’s little decidedly Christian about full-frontal nude scenes, neck-chopping, and hyperventilating in place of acting.  All japes aside, the movie is a friggin’ hoot, despite the long periods of nothing happening, and cinema masochists and nostalgic pop culture geeks will bask in the dated awfulness of references to hair bands, beer posters, and necrophilia.  But that guy, that fucking guy and his stand-up routine that I mention above.  What the fuck.  What the fucking fuck.  Hack O’Lantern isn’t a bag of treats but it does trick you into laughing out loud at times.  And that beats a razor blade in the Krispie treats any day.