Gabe Snow (Johnny Francis Wolf) is a nervous journalist who works for the X-mas Files, a tabloid dedicated to covering holiday-related paranormal stories such as mutant snowmen, murderous desserts, and very bad Santas. While he’s at work on X-mas Eve, his two-timing wife Noel (Megan Pearson) is getting her stocking stuffed by a co-worker underneath the X-mas tree. But then a clatter arises, and the dude springs from the bed to see what’s the matter. But there are no chubby bellies that shake like a bowlful of jelly to be found, only a vicious vampiric elf! 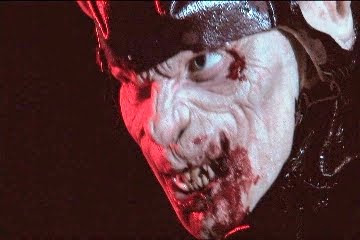 The only elfin magic this guy knows is hemophilia.


But the screechy but plucky Noel swings into action against this itty-bitty blood-sucking bad-dass. 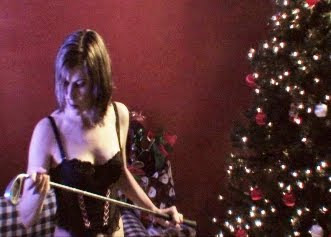 
Gabe (um, where do I know that name from?) comes home he finds Noel tied up in X-mas lights and sets out to sniff the nasty elf out. 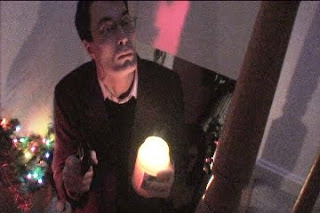 
Turns out that Gabe had been working on a story involving the plane crash of flight 1225 (nice) which was apparently caused by an errant reindeer that collided with the plane. Commanded by the power of an unseen force, the vampire elves seek the source of Gabe’s story at any cost. Barely escaping from these holly hemogoblins, Gabe and Noel argue their way to the home of heavily armed X-mas conspiracy theorist Pete (Joseph L. Johnson). 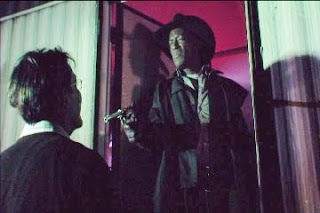 I thought you said you quit me!


The gang gets all worked in a complex scheme to destroy X-mas forever involving Rudolph’s shiny nose, a treacherous Tooth Fairy, additional vampire elves, and more vomit-inducing than normal fruitcake. And pulling the strings in this insidious plot is the Big Man himself: 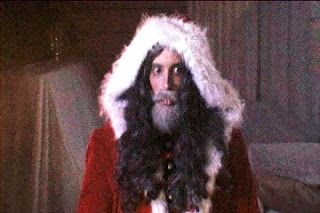 
When I heard that there was a vampire X-mas movie floating around that didn’t involve whiny teenagers and the sparkly undead, I jumped at the chance to check it out. And it appears that X-mas has arrived a week early with the viewing of the chuckle-filled Navidad nightmare Two Front Teeth. But like most of my X-mas presents, this plucky low-budget independent gushfest isn’t perfect. The movie is marred by spotty comedic timing, an uneven plot which appears to have been made-up as they went along, and the presence of the annoying, screeching, irritating foul-mouthed Noel is perhaps the most hateful character ever and I’ve watched many Renee Zellweger movies. But hell, Bad Cinema Santa ain’t perfect, right? The X-mas icons are appropriately skewered here and the script is highlighted with plenty of soul-aching puns (Clausferatu, anyone?) and holiday weirdness.  So, exactly why were the elves after Gabe and his flight 1225 source? What makes Rudolph’s nose a bane to vampires? How did Santa and the Tooth Fairy learn the martial arts? What little characterization is featured is given up for easy laughs and a further plunge into ridiculousness. I realize these were comedic devices but really, movie-makers, make an effort to help us get into your gloriously ludicrous movie world. But the comedy is real gift here, and you'll find guffaws and face-palmings replacing carols this X-mas Eve. Yeah, that and the … 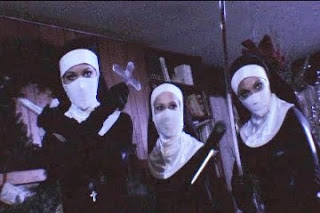