A Tremendous Life, Chapter One

When history looks back at the 20th century, those names will be but footnotes when compared to the accomplishments of El Tremendo. In the annals of world events, perhaps no man has done more, and received less credit, than El Tremendo. He is not just another Zelig or Forrest Gump. Oh no. El Tremendo wasn’t simply a happenstance coincidence at hot-button locations. He controlled their very outcomes. 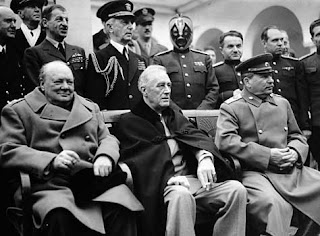 It was El Tremendo who guided the Chinese through the Great Singapore Cane Rebellion that impacted billions. How do you think the term “Red China” really came to be? Just gaze upon countless Pacific Theater buttocks and you will have your answer. Unfortunately for El Tremendo, the GSCR, or GerSCeR as it’s known in the Book of the Unknown, occurred on Dec. 6, 1941. As a result, it was overshadowed by the Japanese attack on .

It was El Tremendo who single-handedly delivered lollipops to the children of as part of the Great Mandela Pacification of 1968, but since it occurred at the height of the Tet Offensive, that little public service was lost on the eyes of the masses. Remarkably, El Tremendo persevered. As a tribute to his human rights brethren, the benevolent masked one spent many a night in dingy Mexican jails. It was the sort of kinship only a unique few: Mandela, Gandhi, the Dali Lama, Sonny and , could ever understand and really appreciate. Sadly, his many stays spawned the oft-repeated urban legend that El Tremendo was just out whoring. 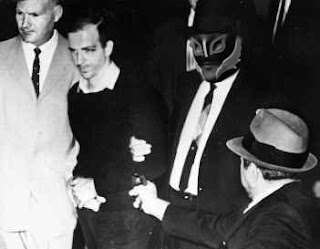 El Tremendo was the impetus for the Holy Calcutta Cow Stampede—not to be confused with the High and Mighty Texas Lumberjack Invitational from the Cow Palace in San Francisco, where El Tremendo won his unprecedented 38th championship belt—but the single greatest collection of walking bovine progression in the history of such endeavors. Never mind that there was only one such endeavor in history. More importantly, since it took place on March 29, 1987, it was little more than a passing mention on a day where the world instead decided to focus its attention on Hulk Hogan slamming Andre the Giant at Wrestlemania III. To add to the myth of Tremendo, mockipedia.com has documented the eyewitness testimony of many in attendance at the Silver Dome in who claim to have seen someone who bore a striking resemblance to Tremendo, sans mask, observing in the last row.

How could Tremendo be in and ? And if he was spotted in the , where was his mask? And why did he have such crappy seats? And why was he 13 years old? The legend grew.

He is a cinematic marvel with Gable-esque versatility. He has starred in more films than Elvis, the Beatles, Slim Whitman, Godzilla and James Bond combined. He has battled demons, hornets, corrupt waiters and gregarious zombies. He has done the deed with some of the world’s most gorgeous starlets. His love scene with Ingrid Bergman is considered the inspiration for Last Tango in . And El Tremendo’s sexual-stallion finishing move, where he piledrives his love interest and lights a Parliament cigarette, is the stuff of celluloid legend, and the real reason they banned smoking in public places in California and Arizona.

But all legends have a dark side, and El Tremendo is no exception. Amazingly, the masked wonder embraces his inner tormentors. It’s almost as if he welcomes their presence, and basks in the glory of thumbing his unexposed deviated septum at the mores of the masses. Is it his blatant womanizing? In his autobiography: El Tremendo: Conduit to the Devil; Messenger to the Messiah; Monument to All, he brags of a conquest list that more than triples the output of the late Wilt Chamberlain.

Is it his unapologetic approach to world affairs? Politically, he is a brash supporter of Michael Moore, Rosie O’Donnell, Michael Savage and Newt Gingrich, although he claims not to have had sexual relations with any of them. A Moore/O’Donnell tag team match with a piledriver/Parliament cigarette finish has been discussed as the stuff of pay-per-view dreams.

He is the target of throes of paparazzi that follow him on a full-time basis. A photo of El Tremendo without the mask would be like finding the Library of Alexandria, except that El Tremendo’s book will not be catalogued, at least in a language we can readily translate.

For you see, some have suggested that Tremendo is supernatural, a being that transcends time and space. Scholars of Tremendology believe he is the impetus for the Greek symbols of comedy and tragedy; others suggest his influence was felt in centuries-old Japanese Kabuki performances, and across continents in the flamboyant ritualistic sacrificial traditions of the ancient Aztecs. Tremendo conspiracists claim he gave smallpox to Pizarro.

As a result, his exact age is unknown. But his influence is universal, his religious sway undeniable, his power supreme, and his impact like that of a Big Bang, which not coincidentally is how he refers to his thrice-daily constitutional.

John Schuster is the author of “The Collapsing Universe According to El Tremendo, an unsanctioned, tell-all look into the all-telling world of the teller of all things worldly.” Yes, he gets paid by the word. He is writing this biography with a gun to his head, and the metal is very cold. Ouch, there goes the Big Bang!

The only Parliaments I smoke is when I address the House of Lords!

Here's to 38 virginal whores in the squared circle of inequity. I think that's Clint Eastwood's next directorial project, or the epitaph on Gordon Solie's piledriven tombstone.

Up, Wilt is dead. I heard his penis and Milton Berle's dong are doing a revival of the 'Odd Couple' in Jupiter, FL.