An animated telling of four classic stories by Edgar Allan Poe, each told in a different artistic style.

FALL OF THE HOUSE OF USHER 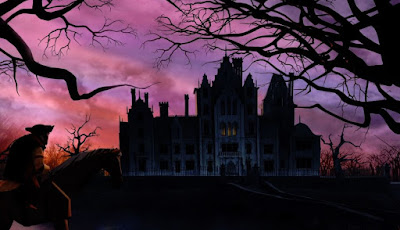 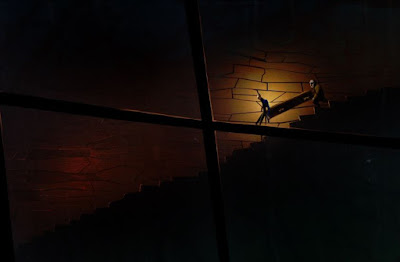 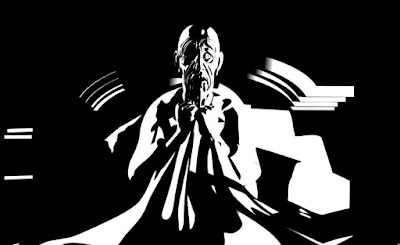 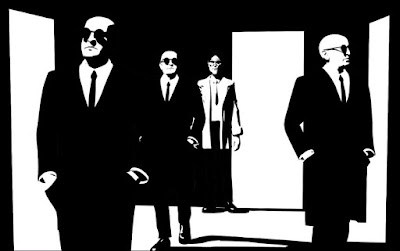 THE FACTS IN THE CASE OF M. VALDEMAR 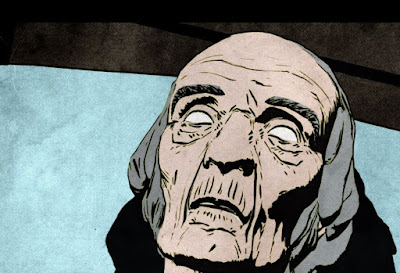 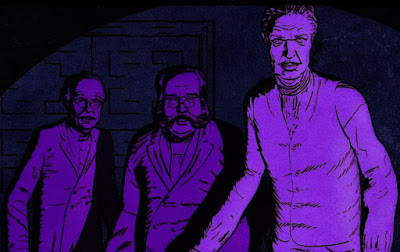 THE PIT AND THE PENDULUM 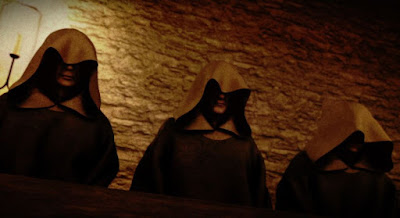 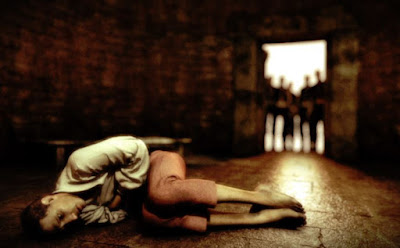 THE MASQUE OF THE RED DEATH 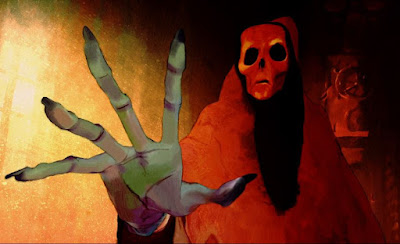 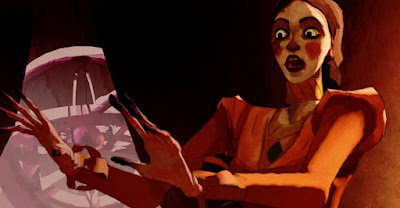 
Nothing feels more Halloweeny than Charlie Brown and his trick-or-treat bag of rocks, Garfield and Odie fucking with everyone’s patience, Boris and the Mummy jigging in stop-motion, and a merry ol’ viewing of A Serbian Film.  Classic holiday fare!  But watching Homer Simpson quoting and quathing “The Raven” is an especially anticipated annual Halloween tradition.  And is there anything more appropriate for this spooky time of year than the works of Edgar Allan Poe?  So it’s no wonder that I loved Extraordinary Tales, a gloomy, gossamer, and gruesome tribute to Poe.  Featuring four of his most famous stories exquisitely animated in different styles, some patterned after noted artists, the film is an affectionate love letter to Poe and his works.  Though definitely intended for adults kids may be inspired to pursue reading more Poe as the film serves as a good introduction to his eerie world, depending on their scary-tolerance and attention levels.

The first segment, “Fall of the House of Usher”, is narrated by Christopher “He Could Read My Grocery List And I’d Shit My Pants” Lee and presented in a appropriately dreary palette and papercraft style animation that reflects the melancholy mood of Poe’s original story.  “The Tell-Tale Heart”, shot in black and white Sin City-esque style, is narrated from an old recording by Bela Lugosi that is of such poor quality that it actually fits the creepiness of the tale, recalling the golden age of radio where such spooky shows like The Shadow and Inner Sanctum were all the rage.  “The Facts in the Case of M. Valdemar” is like an EC Comic come to life, filled with the lurid colors and ghastly terror of the classic comics.  “The Pit and the Pendulum”, narrated with full-on horror nerd passion by Guillermo Del Toro, is a classical Spanish painting come to life.  The fourth segment, “The Masque of the Red Death” is told without dialogue sumptuously relating the essential elements of Poe stories with music and imagery alone.  And finally, the interstitial sequences which tie the film together is an imaginary conversation between the soul of Poe, taking the form of a raven no less, and Death herself.  It is as equally wonderful as the segments it binds, while shedding some philosophical light on Poe’s legacy. 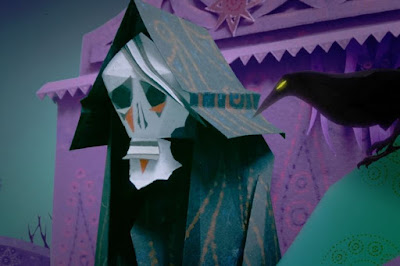 I’m certainly not comparing the film to ubiquitous holiday TV specials, but Extraordinary Tales could easily fit in the middle of a classic animated special and the latest Tim Burton claptrap and is thus strongly recommended for your Halloween time viewing, pleasing everyone from that goth kid in your life, to your snooty literary friends, to anyone who enjoys a dark tale, a whisper in the night, and an expectant black bird perched on the pallid bust of Pallas.
at 12:30 AM