Judith O'Dea played Barbra in George Romero's 1968 classic Night of the Living Dead. Her career didn't stray much outside of regional theater and bit parts in films since then, but she remains an icon of the horror genre. Today, she makes appearances at horror conventions across the country and yours truly met her at HorrorFind in 2004. She was a gracious and kind lady, spoke well of everyone involved in the making of NOTLD, and was kinda hot for a broad her age. I would have hit it if I hadn't been busy trying to score with Gaylen Ross.
So I made the fatal mistake of sending my worthless Personal Assistant to summarize and report from a recent appearance in some podunk movie house somewhere in the desert. Here are his cryptic and brain-hemorrhage inducing notes from said appearance.

Please note: these notes are NOT made up and are directly transcribed with only a little editing. They are real, true, and sad.
***

Latent wanted to make a film – Night of the Living Dead

JO went to , got a call from Cooper, come back to . “The rest is history” 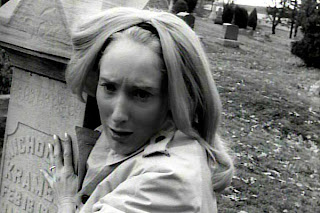 Still “live stage” – nothing like it in the world 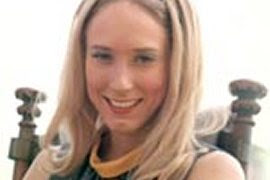 I'm coming to get you, Barbra! Hubba-Hubba!

Questions? “Good, I’ve put you all to sleep”

Money from NOTLD? - “heed answer – always get a copyright on whatever you do” – “distributors neglected this” – “pirated for years – only some money from royalties” – only partially. Fight for control lasted ten years. Still making deals

Action figures – coming up. Not much money but have received “far greater” – opportunity meeting thousands and thousands of people, who made the film what it is

Documentary style [in NOTLD]? “I don’t believe GR planned it out that way”.

[GR] hired Duane [Jones] because it was the best audition, that’s why no big deals were made about the black-white issue.

“I love the grainy stills at the end of the film.” Ask George. It worked out.

Sequels – “let this not go outside this theater, but I’m really not a lover of horror films. [They] scared me to death when I saw Vincent Price in House of Wax”. Saw most of Dawn, all new Dawn.

Q: [What if] zombie attacked? “yes I would protect us [audience]. At my age what have I got to lose?” 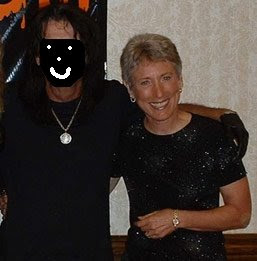 Q: Convention experiences outside of US:. Haven’t gone to one.

“Don’t do a lot of them. I am doing more now. Years ago, GR and I went to NYC convention. Girl asked me a question. I asked her why she watches zombie movies, she replied ‘I like to see all the different ways people can kill each other”. Followed by an outburst of laughter in the audience.

Honor to talk to people about this work. Life changing.