Diarrhea of a Madman: The Final Chapter (?)

Film "director" and "producer" and certified wacko Lloyd Kaufman is the co-founder of Troma Entertainment, a seemingly inexhaustible factory of crappy movies including the legendary Toxic Avenger series and many others. Now, I have a special place in my heart for bad movies, but for me Troma has always been a mixed bag. I think it's the whole intent to be bad aspect of their output that irks and does nothing for me. Bad movie appreciation is a simple formula: the more self-serious and aggrandizing the intent and the more horrid and laughable the outcome, the more enjoyable the bad movie. Troma does not pretend to make a good movie; their goal is to make it as wretched as possible in the hopes you will be entertained. The end result is usually a lot of screeching performances, unwatchable action, and a mild to irritating rash. Regardless, you have to admire their infectious energy and productivity living in the shadow of Hollywood.

Kaufman, along with partner Michael Herz, is the over-mind behind it all. He premiered his latest atrocity, Poultrygeist: Night of the Chicken Dead, in yet-another podunk theater somewhere in the vast desert wasteland. My supremely ineffectual Personal Assistant Esteban was there to take notes in his usual brain-numbing incompetent manner.

Elske McCain is filming Jessica Rabid. 17 audience members will get to be extras in it. [LOUD APPLAUSE] 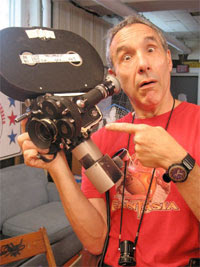 Budget [for Poultrygiest] is $500,000
Elske McCain’s crack
[Where was] the world premiere? and

On WMD – LK: “but I’m making some bombs myself”
Hurdles [to filmmaking]: no rush, no quality. “Nobody wants our movies”.
[Poultrygeist] filmed in . 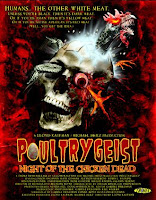 Origin of the word “Troma”: Latin [for] “excellence on celluloid”. From Book 2 of the Aeneid.
[Excellence]: “exactly what I’m not looking for”

Was penis-monster from Tromeo and Juliet?
The iconic car-flip.
Breast feeding: “a lot of people don’t get it”

[Introduced] Misty, the effects coordinator, present in audience, & learning how to defecate in a paper bag.
Moving from Troma building? Yes, sold building. Neighborhood has gotten too nice (gentrification). On . Moved to . 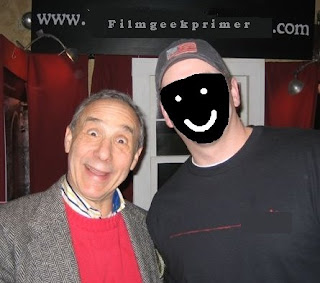 Lesbian scenes? Do you go overboard?: LK: watch Tromeo & Juliet.
Michael Herz: “he never appears in public. [He’s a] cyborg. Recluse.”
All Actors did their own singing [in Poultrygeist]. “They brought the script to a higher level with improvisation”

[Confusing Question]: Exhausted US supply of green LTDs to match stock footage? LK: “STDs? Yes, I do have AIDS. Don’t go to .”