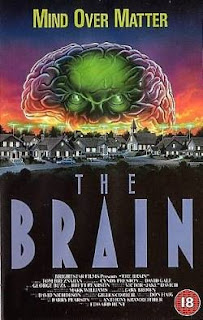 
Dr. Blake (Gale) hosts the hottest talk show in the history of whatever city this movie is set and is also the head of the Psychological Research Institute (PRI), a loony bin which is hitting great strides making the loony less loony.  Every parent in town stops what they’re doing to tune in to Independent Thinking where Blake spouts an endless tirade of 80s New Age nonsense. 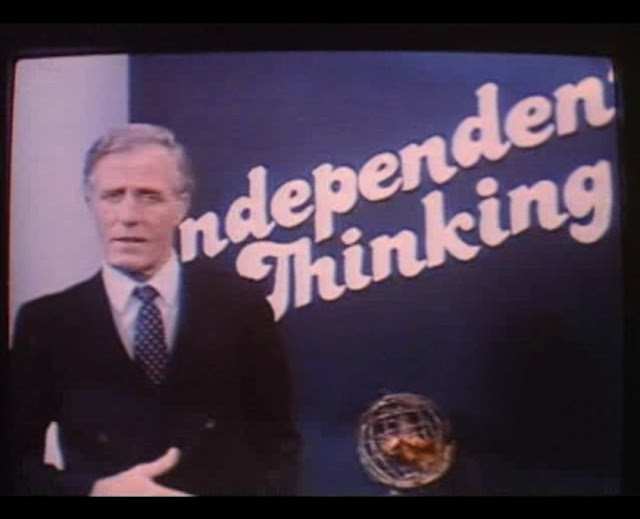 
Unfortunately, the ratings aren't the only thing that’s sky-high in this burg.  An increasing number of gruesome murders and suicides are plaguing the city as teens are killing folks and themselves after experiencing hallucinations of bursting tentacles from bedroom walls, lecherous tongues seeking young cheeks to smooch, and cute toys getting upset. 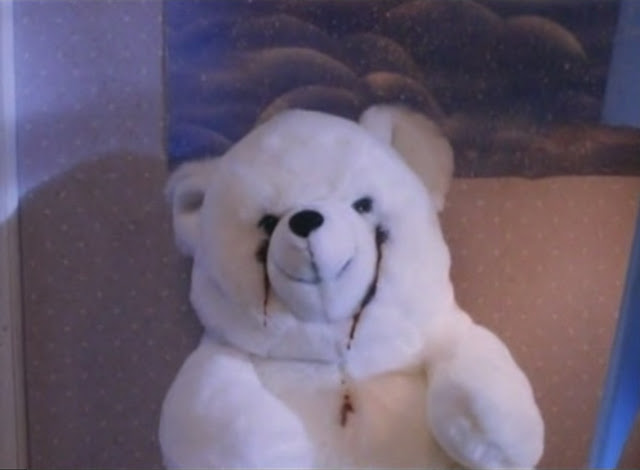 
Meanwhile, high school troublemaker James (Bresnahan) is in deep shit for exploding the school’s crappers in a prank gone awry, irking overly concerned girlfriend Janet (Preston).  The principal and his parents agree to send James to PRI for psychological treatment where, after a few interactions with the resident nutballs, he is greeted by Blake himself.  After James fails a few visual tests, Blake grows alarmingly concerned about the young man.  But he gets antsy, is freaked out by hallucinations triggered by the tests, and attempts to escape.  To his horror, he discovers Blake’s secret: a giant alien brain is sending psychic messages to humans via the TV show signal and the psych tests which are scrambling their brains! 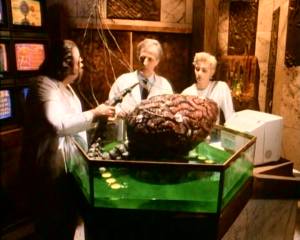 
James hits the road where he teams up with Janet and evades the police, Blake’s nurse goon, and every blood-soaked brain-damaged psycho in town.  Concerned with James' invulnerability to the signals, The Brain demands his capture via a sophisticated Brain-to-computer interface. 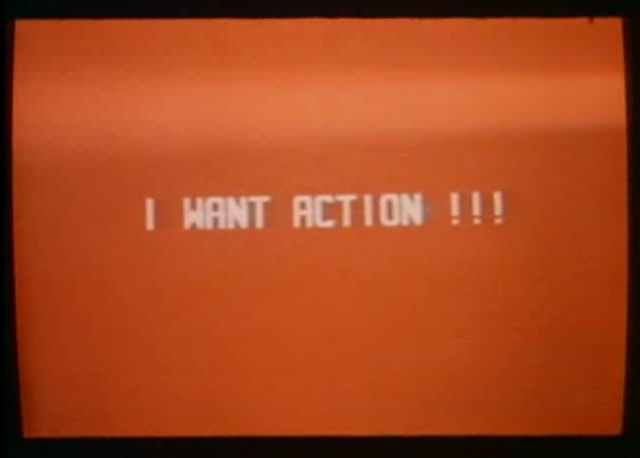 Jeepers, even evil alien brains are into the sexting thing.


As the Independent Thinking show goes national, the Brain prepares for its influence to be spread on a global scale.  That’s a lot of teen-licking.  The more people it reaches, the bigger it grows.  Its psychic tentacles begin to circle around James and Janet who infiltrate the TV studio where the national show will be broadcast and it will take immense self-control, a will of legend, and a shitload of Tylenol to stop it. 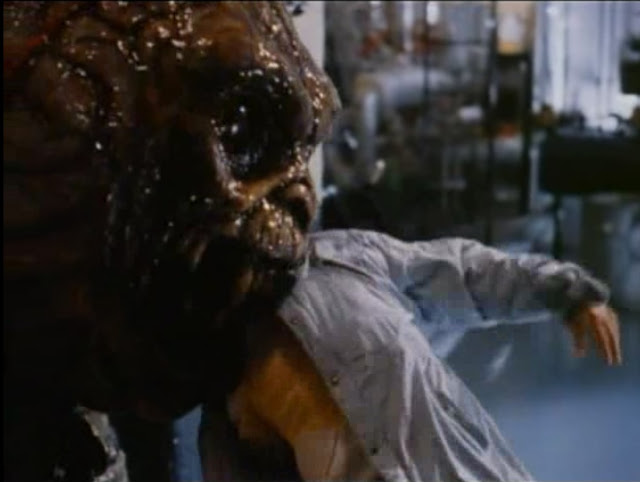 But first, a snack.


The Brain is a largely forgotten 80s creature feature whose trailer promises wall-to-wall gore but rarely delivers.  After a fairly well-paced start with a crazy delirium–laden kill and subsequent holiday-themed suicide, a Cronenberg-ish mental hospital sequence, and an eerie, crunchy introduction to the title character, the movie loses steam in the second act which degenerates into a foot race and car chase through a rural, perpetually overcast Canadian town.  We never find out where the Brain came from, what its ultimate purpose will be, or how the hell it’s able to slither around warehouse so silently.  Campy and not so well acted, most movie fans would probably conclude that the deserves its forgotten status.  But The Brain is kind of a hidden gem, a movie that pretty much sums up why I, as a horror fan, still love to track down previously unseen movies.  It’s the little touches that count and inspire – the horny teen angst and corny rebellion, the evil psychiatrist shtick, and kill sequences crafted by a madman.  And you have Canadian horror legend David Gale hamming it fittingly and delivering a hell of a stinger early in the film.  Plus, there’s a classic era-appropriate synthesizer score by Paul Zaza whose name is impossibly cool.  “Hello, I’m Tremendo Zaza.  Oh, so you would like to go bed with me?  So do your three best friends?  Okay, I guess.” Anyway, in the end, the movie is saved by the elements mentioned above and fabulous monster design which is chillingly creepy, recalling some kind of Lovecraftian nightmare mating with an oversized Necronomicon who had just been banged by a Madball. 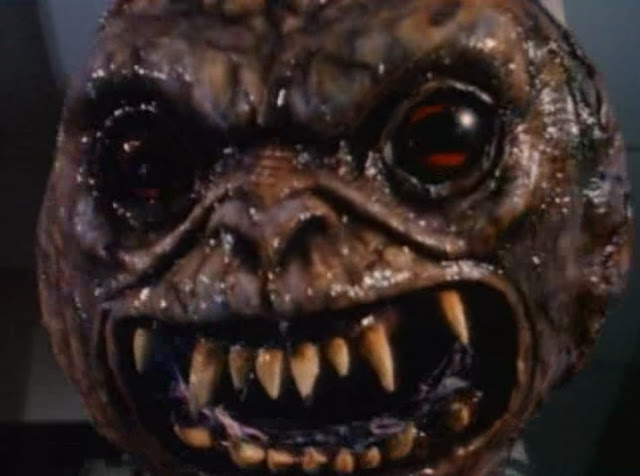 We are happy to announce the arrival of Cinema Mama, the most comprehensive and academic website to understand the Indian Cinema, especially Telugu Cinema